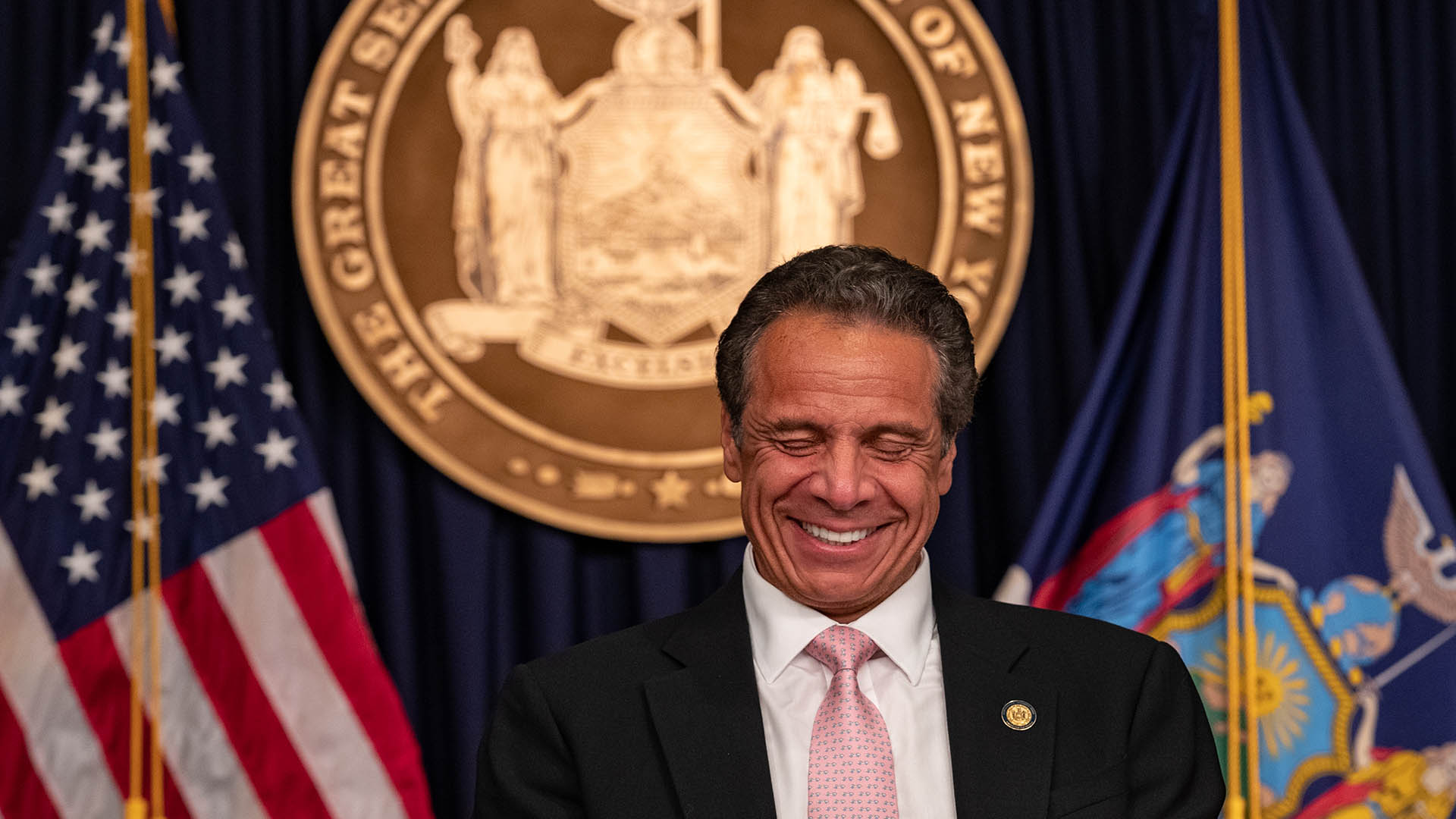 New York Gov. Andrew Cuomo (D) signed a marijuana legalization bill into law on Wednesday, just hours after lawmakers sent it to his desk the night before.

“The bill creates automatic expungement of previous marijuana convictions that would now be legal,” the governor said. “This is a historic day—one that rights the wrongs of the past by putting an end to harsh prison sentences, embraces an industry that will grow the Empire State’s economy, and prioritizes marginalized communities so those that have suffered the most will be the first to reap the benefits.”

The bill creates automatic expungement of previous marijuana convictions that would now be legal.

This is a historic day.

I thank the Leader and Speaker and the tireless advocacy of so many.

“This was one of my top priorities in this year’s State of the State agenda and I’m proud these comprehensive reforms address and balance the social equity, safety and economic impacts of legal adult-use cannabis,” he said in a press release.

Senate Majority Leader Andrea Stewart-Cousins (D) said the legislation “is a momentous first step in addressing the racial disparities caused by the war on drugs that has plagued our state for too long.”

“This effort was years in the making and we have finally achieved what many thought was impossible, a bill that legalizes marijuana while standing up for social equity, enhancing education and protecting public safety,” she said.

Here’s a summary of the main components of the 128-page New York marijuana legalization bill:

-Adults 21 and older would be able to possess and purchase marijuana products from licensed retailers, which are expected to launch sometime in 2022.

-Effective immediately, there are no penalties for public possession of up to three ounces of cannabis or 24 grams of marijuana concentrates,

-Adults could also cultivate up to six plants for personal use, three of which could be mature. A maximum of 12 plants could be grown per household with more than one adult. Homegrow would not take effect until regulators set rules for it, and they would have a maximum of six months to do so for medical patients and must do so for adult-use consumers no later than 18 months after the first retail recreational sales begin. Once home cultivation becomes legal, people could store up to five pounds of cannabis at home.

-People with convictions for marijuana-related activity made legal under the legislation would have their records automatically expunged.

-Protections against discrimination in housing, educational access and parental rights would be instituted for people who consume cannabis or work in the marijuana industry.

-A system of licenses for commercial cultivators, processors, distributors, retailers, cooperatives and nurseries would be created, with a prohibition on vertical integration except for microbusinesses and existing medical cannabis operators.

-Social consumption sites and delivery services would be permitted.

-Individual jurisdictions would be allowed to opt out of allowing retailers or social consumption sites by the end of this year, but residents could seek to override such bans via a local referendum process.

-A new Office of Cannabis Management—an independent agency operating as part of the New York State Liquor Authority—would be responsible for regulating the recreational cannabis market as well as the existing medical marijuana and hemp programs and would be overseen by a five-member Cannabis Control Board. Three members would be appointed by the governor, and the Senate and Assembly would appoint one member each.

-The legislation sets a goal of having 50 percent of marijuana business licenses issued to social equity applicants, defined as people from “communities disproportionately impacted by the enforcement of cannabis prohibition” as well as minority- and women-owned businesses, disabled veterans and financially distressed farmers.

-Tax revenue from marijuana sales would cover the costs of administering the program. After that, 40 percent of the remaining dollars would go to a community reinvestment fund, 40 percent would support the state’s public schools and 20 percent would fund drug treatment facilities and public education programs.

-Police could not use the odor of cannabis to justify searches.

-The State Department of Health would oversee a study of technologies for detecting cannabis-impaired driving, after which it could approve and certify the use of such a test. Additional funds for drug recognition experts also would be made available.

-Driving while impaired from marijuana would remain a misdemeanor despite early reports that lawmakers had settled on downgrading it to a violation.

-The state’s existing medical cannabis program would also be changed to expand the list of qualifying conditions and allow patients to smoke marijuana products. Patients could also obtain a 60-day, rather than 30-day, supply.

-Current medical cannabis businesses could participate in the recreational market in exchange for licensing fees that will help to fund the social equity program.

“The legislature finds that existing marihuana laws have not been beneficial to the welfare of the general public,” the bill’s findings section states. “Existing laws have been ineffective in reducing or curbing marihuana use and have instead resulted in devastating collateral consequences including mass incarceration and other complex generational trauma, that inhibit an otherwise law abiding citizen’s ability to access housing, employment opportunities, and other vital services. Existing laws have also created an illicit market which represents a threat to public health and reduces the ability of the legislature to deter the accessing of marihuana by minors. Existing marihuana laws have disproportionately impacted African-American and Latinx communities.”