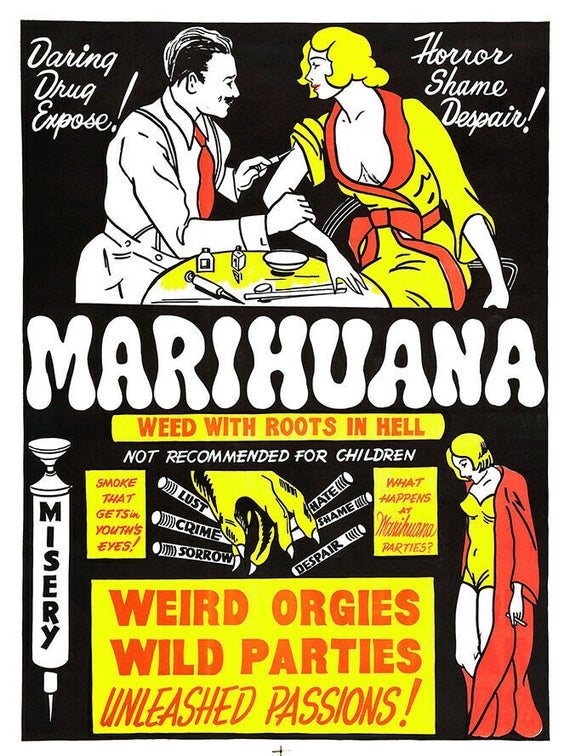 The legal status of cannabis has been in question in the U.S. since people starting regularly smoking it in the early 1900s. The debate continues today, with Attorney General Jeff Sessions taking a firm stance against legalization and insisting that federal prohibition laws be enforced, even where states have made it legal. But how did it become illegal in the first place? As it turns out, it has some roots in racist rhetoric pushed by politicians and the media in the 1930s, when it first became illegal. Following is a transcript of the video.

As early as the 1800s, there were no federal restrictions on the sale or possession of cannabis in the US. Hemp fiber from the plant was used to make clothes, paper, and rope. Sometimes it was used medicinally, but as a recreational drug, it wasn’t that widespread. A New York Times article from 1876 even cites the positive use of cannabis to cure a patient’s dropsy. Basically swelling from an accumulation of fluid.

In the early 1900s an influx of Mexican immigrants came to the US fleeing political unrest in their home country. With them, they brought the practice of smoking cannabis recreationally. And it took off. The Spanish word for the plant started to be used more often too. Marijuana. Or as it was spelled at that time, marihuana, with an “H. This is when the more sensational headlines about the drug began to appear. 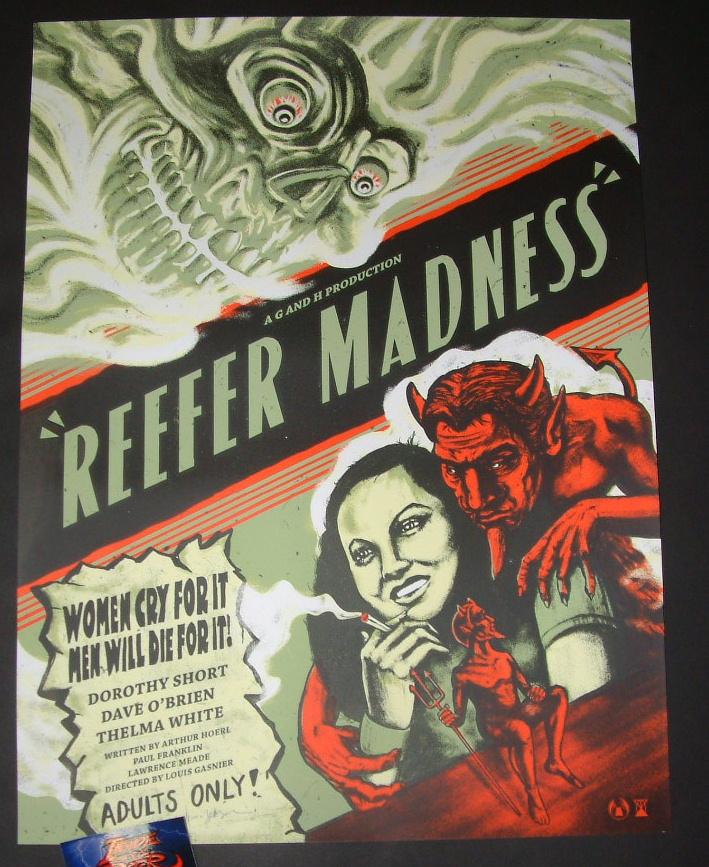 In 1936, a propaganda film called Reefer Madness was released. In the movie, teenagers smoke weed for the first time and this leads to a series of horrific events involving hallucination, attempted rape, and murder. Much of the media portrayed it as a gateway drug.

– [Reporter] Marijuana, a powerful excitant, produces unpredictable emotional results. But its greatest danger lies in the fact that it is a stepping stone to the harder drugs such as morphine and heroin.

The following year in 1937, the Marihuana Tax Act was passed. Cannabis sales were now taxed. Part of the reason this act was passed was because of all the fear mongering going on at the time. And a huge instigator of that fear mongering was the man behind the Marihuana Tax Act, Harry Anslinger. Anslinger was named the Commissioner of the Federal Bureau of Narcotics during the prohibition era. But once national prohibition ended in 1933, Anslinger turned his focus to marijuana. This is when racism and xenophobia really kicked in.

Harry Anslinger took the scientifically unsupported idea of marijuana as a violence-inducing drug, connected it to black and Hispanic people, and created a perfect package of terror to sell to the American media and public. By emphasizing the Spanish word marihuana instead of cannabis, he created a strong association between the drug and the newly arrived Mexican immigrants who helped popularize it in the States. He also created a narrative around the idea that cannabis made black people forget their place in society. He pushed the idea that jazz was evil music created by people under the influence of marijuana.

But these racist ideas didn’t just influence the media’s portrayal or the public’s perception of the drug, the discrimination they encouraged was evident in real numbers. In the first full year after the Marihuana Tax Act was passed, black people were about three times more likely to be arrested for violating narcotic drug laws than whites. And Mexicans were nearly nine times more likely to be arrested for the same charge.

By 1952, the Boggs Act was passed. This made sentencing for drug convictions mandatory. A first offense for possession could land you two to five years in prison and a fine up to $2,000. Through the 1960s and 70s, weed smoking took on a new perception through the counterculture movement. Young white people resisted mainstream culture and powerful institutions. This was the era of hippies, beatniks, and flower power. But despite all the peace and love, laws continued to emphasize the severity of the drug. The Controlled Substances Act of 1970 passed under President Nixon. 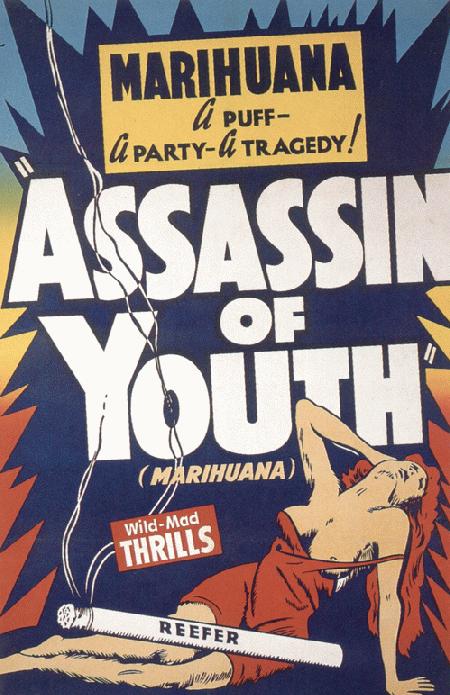 – Marijuana is not a schedule I any more than a hedgehog is an apex predator.

– But to this day, it remains in that category and criminalization still disproportionately affects minority groups in the US. The ACLU reported that in 2010, black people were four times more likely to be arrested for marijuana than white people, even though both groups consume marijuana at about the same rate. Some states have taken action to reduce this type of criminalization. Nine states and Washington DC have legalized the recreational use of cannabis. And 29 states allow some form of medical marijuana. San Francisco recently dropped thousands of marijuana-related convictions. And Seattle plans to do the same. But this doesn’t change the federal restrictions. And Attorney General Jeff Sessions seems Hell bent on enforcing those federal rules.

– Kansas State Representative Steven Alford made a case against legalizing cannabis by referring to the racist rhetoric of the Anslinger era.

– And we’re still seeing a lot of anti-immigrant sentiment.

– So while some things have changed on the state level, some politicians are sticking with the fear mongering and racism playbook. Even though Pew Research polls show that 61% of Americans now approve of nationwide legalization. Up from 16% about 30 years ago. Popular opinion suggests it’s high time to reconsider federal laws.