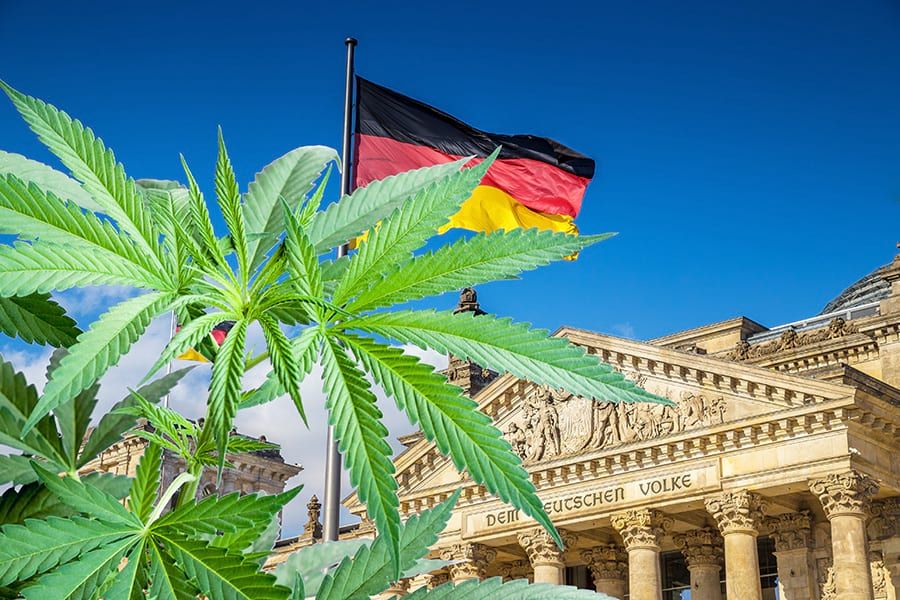 In recent years Germany has taken over the title of ‘cannabis capital of Europe’, at least from a cannabis industry perspective. Germany’s medical cannabis industry is booming, and with domestic production ramping up, more industry growth is on the way.

However, on the adult-use side of the cannabis policy equation, Germany is still lagging behind a handful of other countries. Uruguay and Canada have already legalized cannabis for adult use, although each country has its own model.

German lawmakers rejected an adult-use cannabis legalization measure late last year, although, with a federal election looming support for adult-use legalization could increase depending on the results and who is in office post-election.

Decriminalization On The Horizon

Separate from the push to legalize cannabis for adult use is an effort to at least decriminalize a personal amount of cannabis flower. That is a policy change that appears to be supported by Germany’s federal drug commissioner. Per Spiegle (translated from German):

Now the drug commissioner of the federal government, Daniela Ludwig ( CSU ), has advocated prosecuting cannabis possession up to a personal use limit of six grams nationwide as an administrative offense – and no longer as a criminal offense.

“In my opinion, a limit of six grams would be acceptable – nationwide,” the government representative told the editorial network Germany (RND). ”A limit value above which the possession of cannabis should continue to be punished as a criminal offense and not as an administrative offense must be set with care, because it has a certain signal effect and an influence on consumer behavior.”

Ludwig is advocating for decriminalization in Germany as a compromise between those that want to legalize cannabis for adult use and those that want cannabis to only be legal for medical purposes.

Decriminalization Does Not Go Far Enough

Decriminalizing cannabis up to 6 grams is not as straightforward of a policy as it may seem to some people. Does the 6-gram limit only apply to dried cannabis flower? What about concentrates, edibles, transdermal patches, tinctures, etc.?

Years ago, cannabis decriminalization was more straightforward because the variety of cannabis products was largely limited, and a flower-only decriminalization policy was more encompassing of what consumers had in their possession. That is not the case now, including in Germany.

An ideal national cannabis policy involves embracing the emerging cannabis industry to not only save public funds that were previously being wasted on enforcing prohibition, but also to reap the economic benefits of a booming industry such as job creation, stimulating local economies, and public revenue generation via taxes and fees.

To hammer home that point, consider alcohol decriminalization versus a regulated adult-use alcohol industry. Obviously, there’s a major difference between the two, and one is clearly better than the other. The same is true for cannabis in Germany, and beyond.