A Federal Reserve Bank district recently published a short analysis outlining the potential benefits and consequences of state-level marijuana legalization, noting the economic impact of the policy change as well as the possibility that people will use cannabis as a substitute for alcohol.

It’s a complicated issue for policymakers, an official with the St. Louis division of the central bank wrote, especially as it concerns taxation. Setting tax rates too high could reduce demand for legal marijuana products and send consumers to the unregulated market, but setting them too low could offset revenue to states, Charles S. Gascon, a regional economist and senior coordinator for the Fed, wrote.

States are facing complex decisions on how to regulate marijuana. As more states decide to legalize cannabis, economics comes into play http://ow.ly/jqZa50A2c3I 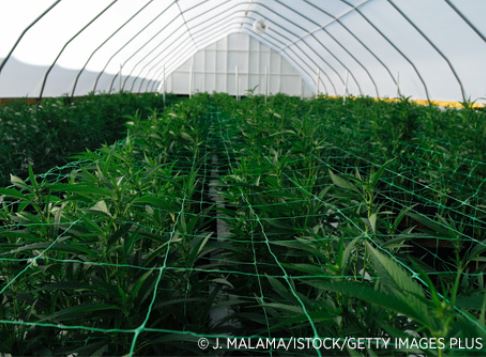 “While public discourse surrounding the legalization of marijuana often revolves around perceptions toward recreational drug use, an economic argument supporting (or opposing) legalization can be made regardless of one’s moral standing on use,” the analysis, which focused on various state medical and recreational programs in the midwestern region, states.

For medical cannabis, the bank said such markets raise “the question of potential medical benefits and costs.”

“One could view any drug from the same lens by asking, do the potential benefits from appropriate use of the drug outweigh the costs or risk of abuse?” But unlike traditional pharmaceuticals, medical marijuana products are subject to sales and excise taxes, making them more like tobacco and alcohol than traditional medicines for economic purposes.

The Fed post also asserts that “recreational use of any drug may create social costs, such as long-term health problems, injuries, accidents, unemployment, vagrancy and crime” and that as result of these social costs, “the free-market price is likely too low and therefore consumption is too high.” (Read more)