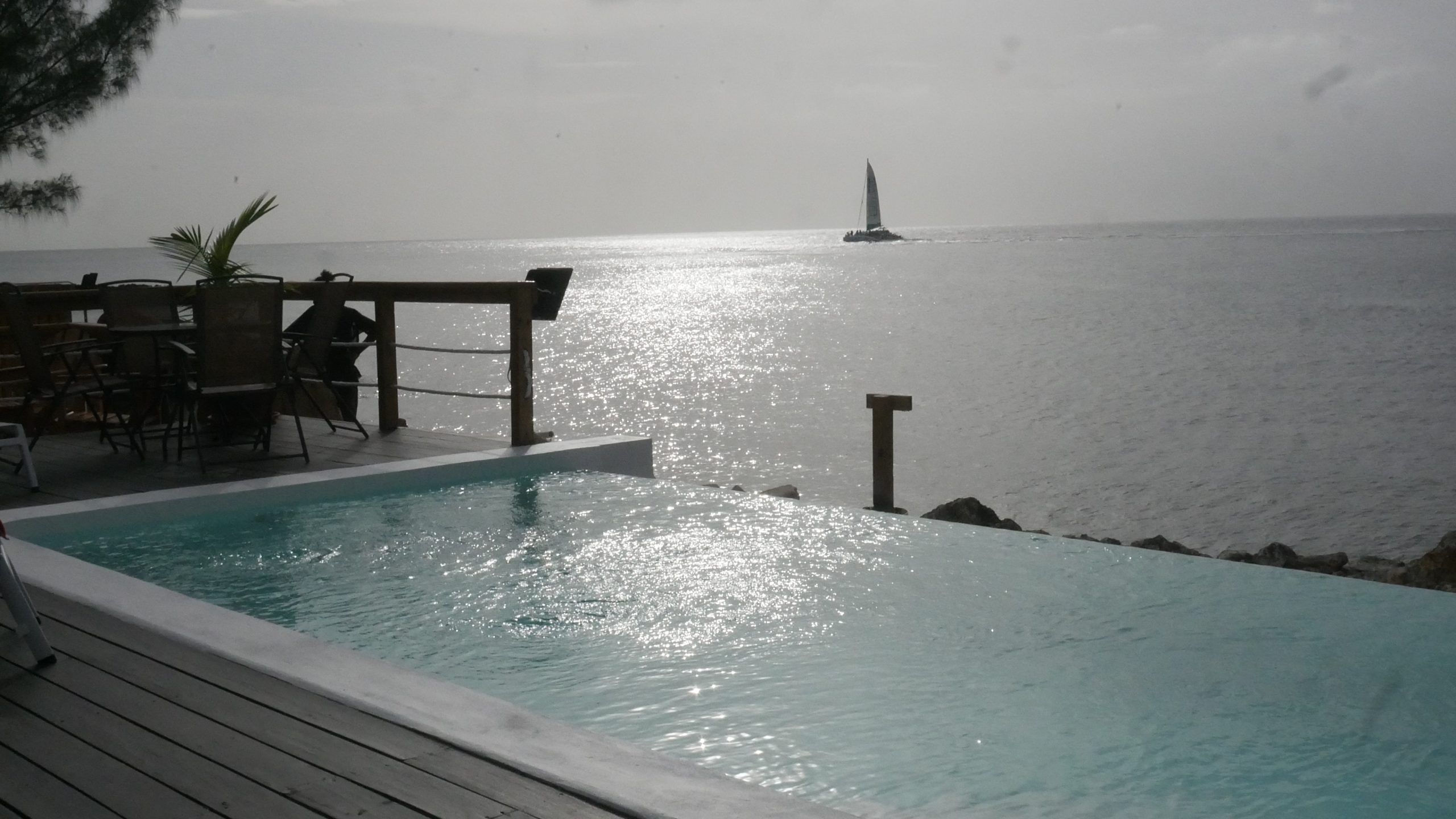 CANNABIS CULTURE – The first event to take a hit was the Stepping High Festival, slated for March 20-21st in Negril, on Jamaica’s west coast.

It’s the longest-running ganja festival in Jamaica and a staple on the event circuit. Ready to make its 17th appearance, organiser, Karlene Connell, stated in a release that the event was suspended indefinitely. This seems to the state of affairs with events and cannabis tourism not being exempt.

This was the first in what may be a litany of event cancellations and vacation halts for the 2020 tourist season. The high-season runs from January to March and tourism is Jamaica’s largest income earner. With the amendment to the Dangerous Drugs Act, in 2015, cannabis is not fully legal in Jamaica, but one can carry up to 2 ounces and licensed dispensaries can sell cannabis products. Tourists and visitors are required to have a statement from a medical doctor or medical cannabis card to get access to medicinal marijuana products from legal dispensaries and herb-houses.

Some local dispensaries also accept State-issued medical marijuana cards from the United States. The Corona Virus may have started to spread at the outset of the early months of the season, but the explosive spread of the virus recently has literally shut down Jamaica’s tourism economy.

“The only people making any money right now, is the ganja man”. This was a statement made by the Manager of The Reggae Hostel, Montego Bay, a staple to backpackers and budget travelers. She was referring to the Covid-19 crisis and what it has inflicted upon every nation on earth. Jamaica is not under a complete lock-down, but by government decree restaurants, bars, hair salons and other gathering spaces have been ordered closed. Rest assured, street ganja is still readily available on the island at the normal spots for locals, but the dispensaries, some of which cater in large part to tourists, are feeling the brunt of the pain.

Herb-houses are legal spaces for cannabis consumption in Jamaica. All medical marijuana in Jamaica is sold through dispensaries, often connected to herb-houses for on-site consumption.

The Jamaican legal cannabis market hasn’t quite exploded as one may have expected. The stringent regulations and high application fees have deterred many, but others have invested millions and this is the first crisis they are facing. Despite banking restrictions and the international regulations on the transhipment of narcotics, the industry has never confronted such a problem. Even before export has been fully regulated, they now face problems internally. No tourists and a population with a limited capacity for movement and a slowdown of economic activity. With the uncertainty of the duration of this crisis, Jamaican cannabis producers and dispensaries will have to cater more exclusively to the local market, while focussing attention on their international branding and product development. 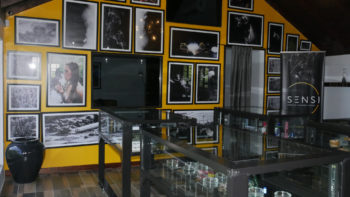 Cannabis dispensaries have not yet been declared an “essential service”, like much of the US, however, there are few customers, especially in tourist areas like Negril. Leanna Thomlinson, General Manager of Sensi Medical Cannabis House stated, “we have seen a significant decrease in foot traffic at our dispensaries. In particular our dispensary in Negril, which is primarily a tourist area”. The sensi Medical Cannabis House in Negril, is now closed. They now offer personalised service to help patients get through this time and are only holding opening hours out of their Kingston Location at The Pulse Centre on Fridays and Saturdays. They encourage patients to call them directly to coordinate orders.

Apollon Formularies and Doc’s Place, the first legal cannabis establishment in Negril, currently only caters to their membership under limited conditions. Island Strains, Montego Bay’s largest dispensary and herb-house, is also only open in a limited capacity and is offering bulk specials as a way to encourage patrons to stock up and to move the existing oversupply, due to the steep dip in customers.

New ventures have also found themselves adapting to the changeable times. “We’ve had to push back all of our plans, we are still rolling out our plans for the year, but the timing is now up in the air”. Says Keiko Beatie, a member of the Cannabis Chamber of Commerce, International Cannabis Tourism Association and Director of Health and Wellness Education Outreach at Coral Cove Health And Wellness Spa and Resort, on the outskirts of Negril. The resort was set to rebrand itself this year with a number of treatment facilities, educational initiatives, retreats and events planned. These plans are now on hold, indefinitely. 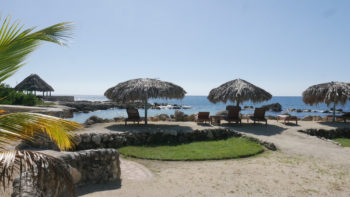 With the literal closure of nearly all borders and many societies on lock-down, the limitation of movement is further holding back some business developments. Paul Glavine, CEO of Global Cannalabs, Jamaica’s first legal cannabis farm, is currently isolating himself in his homeland Canada. There is currently no launch date for the locations and Glavine’s return date is equally uncertain.

Itopia Life, a Kingston dispensary, has closed off all of their indoor smoking areas. With the laws of the land forbidding groups of more than 10 people gathering in one space, dispensaries and herb-houses can only serve as pick-up and possibly delivery operations, if their licensing permits. A company must carry a specific license to transport cannabis legally in Jamaica, according to the provisions outlined by the Cannabis Licensing Authority (CLA). Only licensed producers can apply for transport licenses, thereby limiting the licenses available and accessibility. Few transportation licenses have been issued to date and even so, it was never intended for personal delivery services, but rather for transportation between legal locations. The Cannabis Licensing Authority has not issued any statements regarding changes in policy for deliveries and quantities during this Covid-19 crisis. 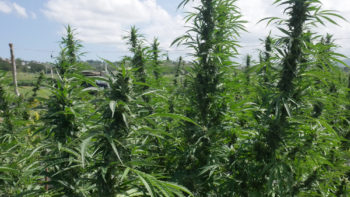 With the economic downturn and mandated social distancing, some farms have had to scale back on some workers and rotate shifts fortunately, this has had little effect on production. According to Thomlinson, the stringent measures required by the Cannabis Licensing Authority (CLA), mitigate any productivity issues and curtail the possibility of compromise in flower quality. “We have always enforced strict safety guidelines in all our operations. So we have just continued with our practices as suggested and outlined by the government to keep our product, staff and patients safe”.

While operations like Sensi Medicinal Cannabis House, do not foresee significant strategy changes for their future, there really is no way to gauge what will happen, nor the duration of the situation. Jamaica has fortunately not had a large outbreak. It is only through mitigation and responsible precautions that this may come to an end in coming months.

Despite the limited legality of cannabis in Jamaica, ganja tourism will be a staple of the economy in years to come. At the October 2019 launch of Apollon Formularies and Doc’s Place in Negril, Minister of State in the Ministry of Industry, Commerce, Agriculture and Fisheries, Hon. Floyd Green stated, “Jamaica is already a world-renowned hospitality and tourism destination and has a guaranteed formula for a successful cannabis industry”. Let’s hope the Covid crisis subsides soon. The cannabis calendar still has events on the roster for 2020 and there are a lot of hotel rooms available and an apparent oversupply of medical ganja.