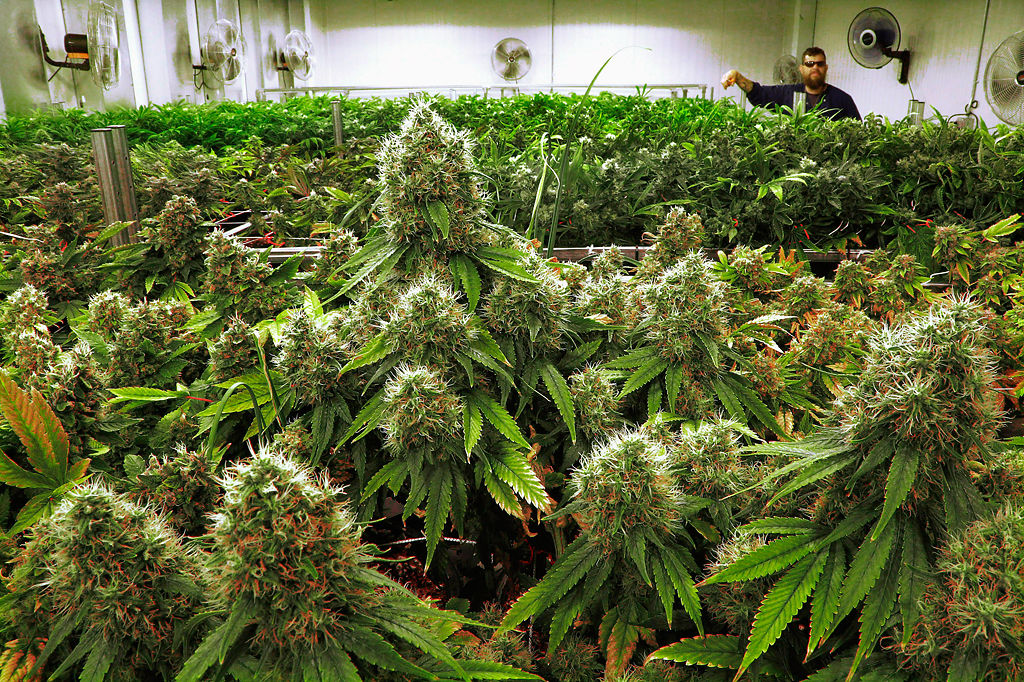 Colombia is already world renowned for its coffee beans and flowers. Now, a new decree could make it a a major exporter of marijuana as well.

A directive signed by President Ivan Duque in late July allows the export of dried marijuana flower, giving a boost to an industry that has so far been restricted to selling medical cannabis locally while exporting a limited range of products, such as extracts, oils and seeds.

Global legal trade in marijuana remains minimal since it’s still illegal in most countries. But if that changes, as expected, companies with access to the best growing climates stand to gain a competitive edge. Colombia, for example, could become a global version of what’s predicted to happen with California if the U.S. allows interstate transport. North American companies like Tilray and Curaleaf Holdings are already seeking optimal climates; both now grow marijuana in Portugal, which has become something of a European hub. Colombia may be better positioned still.

Close to the equator, Colombia gets plenty of sunshine and rain while offering the high altitudes favorable to cannabis plants. A November 2020 report from Prohibition Partners estimated that the cannabis industry in Latin America and the Caribbean will grow to $824 million by 2024, up from $168 million in 2020. The provider of cannabis data and market intelligence predicts that Colombian companies could lead business deals in Latin America and enter markets such as Brazil, Ecuador and Peru.

A handful of companies that have connections with Colombia have been lobbying hard for new export rules, and it’s one step in their plans to position themselves as multinational cannabis exporters.

“The economic advantages of cultivating along the equator, with the geographic advantages that Colombia has, will be game changer for the global cannabis industry,” said Luis Merchan, chief executive officer of Flora Growth, which has its main cultivation center in Colombia and recently announced it would relocate its corporate headquarters from Toronto to Miami. The average production cost for 1 gram of dried marijuana flower is 6 cents in Colombia, compared to about $1.25 in the U.S., Merchan told me in a phone interview.

“We’re in a unique spot to capitalize on this,” CEO Kyle Detwiler said in a phone conversation, adding that the company already has supply agreements with Australia and Mexico that Colombia’s decree will allow it to take advantage of. Duque signed the new decree at the company’s cultivation facility, he said — a sign of strong government interest in the business.

The sentiment is shared across the industry. Khiron Life Sciences, a Colombian-Canadian company, said in a statement that the new rules would enhance its supply chain for dry flower in Germany and the U.K. Pharmacielo, headquartered in Canada with a cultivation and processing site in Colombia, said its method of standardizing marijuana’s chemical profile positions it to benefit from the decree. AviCanna, meanwhile, also stands to benefit. The Toronto-based company has already sent cannabis extract from its Colombia facilities to Peru.

Colombia’s foreign exchange rate and access to skilled growers in the workforce also help give the nation an advantage.

Then there’s the biodiversity: The same variations in altitude and climate that have made the country one of the world’s top exporters of flowers also mean it can provide a variety of strains of marijuana, said Flora Growth’s Merchan.

“Cannabis is just a specialty cut flower, grown in specific conditions,” he said.