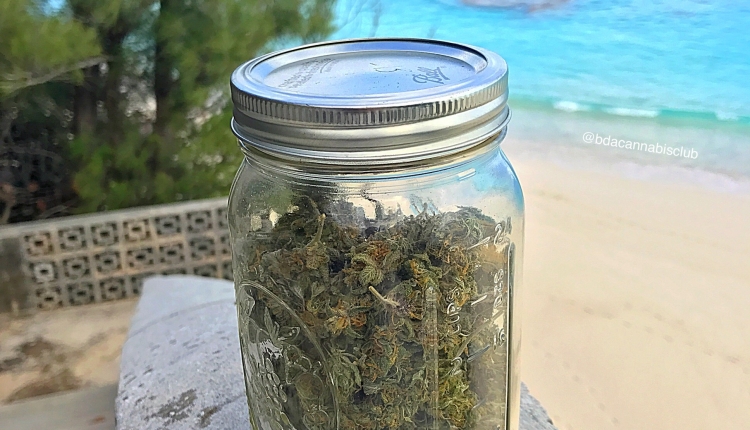 The Bermuda Government’s Attorney-General and legal affairs minister tabled yesterday legislation to legalise medical cannabis and regulations to govern licences for growers and importers, Kathy Lynn Simmons told the Senate the Bill and regulations — which include the setting up of a Medical Cannabis Authority — were presented as a public consultation draft.

She said there were “passionate views” and different opinions by medical experts on medical cannabis. Ms Simmons added: “Public consultation is meaningful, at this stage, because now that a draft framework is fleshed out in legislation, we hope it encourages constructive feedback and comments, rather than fuelling polarising arguments in the abstract.”

She told senators: “I can confidently say that this Bill and the regulations will fulfil this Government’s promise to deliver new mechanisms for lawful access to medicinal cannabis by way of a prescription from a medical professional and dispensed by a pharmacist and establishes the legislative infrastructure for the implementation of domestic medicinal cannabis production, while also satisfying Bermuda’s international obligations.”

Ms Simmons added: “The proposed framework will also include sufficient regulation and controls to prevent abuse of the domestic medicinal cannabis scheme.” She said the cannabis authority would regulate cultivation, importation for cultivation and possession when prescribed by a doctor for inhalation.

Ms Simmons added the MCA would also govern exportation of the drug, as well as the manufacture of cannabis products, research and development and transportation. She said the Medicinal Cannabis Act 2019 would also “establish a licensing scheme for the local cultivation and manufacturing of cannabis for medicinal and scientific purposes, to provide for monitoring, inspection and enforcement powers for inspectors and to empower the minister to give directions to the authority”.

Ms Simmons added: “The accompanying regulations will be stringent, providing extensive provisions for the application requirements necessary for the various types of licences available under the medical cannabis scheme and will also prescribe to whom and how a license will be granted or may be renewed or revoked.”

She said: “Furthermore, the regulations give the Medicinal Cannabis Authority sufficient discretionary powers to impose various conditions on a licence before it is granted.”

Ms Simmons added that the MCA would also be able to use its funds to boost social programmes designed to tackle drug abuse.

The MCA will also be responsible for the issue of an ID card scheme, a central register and compulsory record-keeping by doctors.

A valid ID card will allow patients to use and carry medicinal cannabis and authorised caregivers can also be designated by users of the drug so they can assist with obtaining and administering medical cannabis without the risk of breaking the law.

Ms Simmons said that the Bill and regulations also outlined the legislative framework for a Bermudian medical cannabis industry.

She added: “Private enterprise and free market forces will determine over time the size and economic benefits of such an industry.

“Assuredly, Bermuda’s economic heritage allows us to capitalise on our strengths, such as size, scale and ease of regulation.”

She said that Bermuda had a good reputation for its regulation in other sectors like reinsurance.

Ms Simmons added: “This scheme creating a medicinal cannabis industry is no different. The vision is, if we build it — well — they will come.”

The legislation and instructions on how submit comments will be available at www.gov.bm.