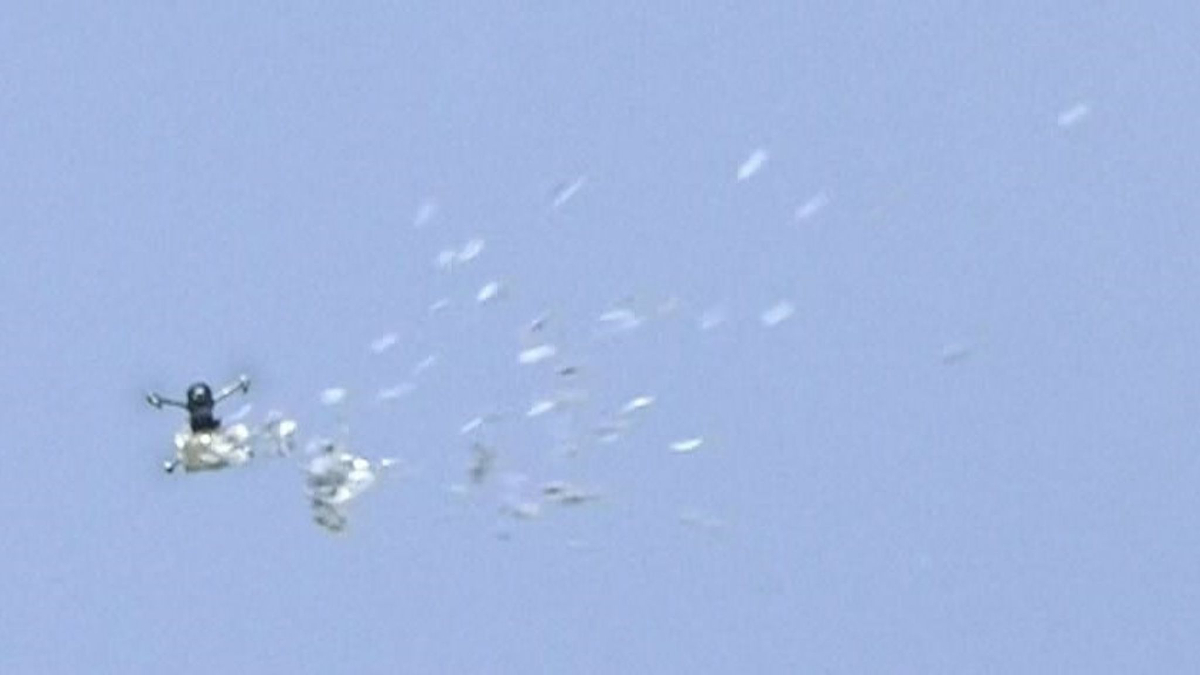 Activists are believed to have carried out the stunt in Tel Aviv, as passers-by collected some of the bags before police arrived.

A drone has dropped packets of suspected cannabis over an Israeli city after activists promised they would carry out the stunt.

It came after the Green Drone group, which seeks to legalise marijuana in Israel, had said on its Telegram web messaging channel: “The time has come.”

The group added: “Is it a bird? Is it a plane? No, it’s the Green Drone sending you free cannabis from the skies.”

Police said they suspected the bags were filled with “a dangerous drug” and that officers managed to recover dozens of the packets.

The Maariv news website, which posted photos of the drone dropping the packets, said passers-by took some of them before police arrived. (Read Full Story)