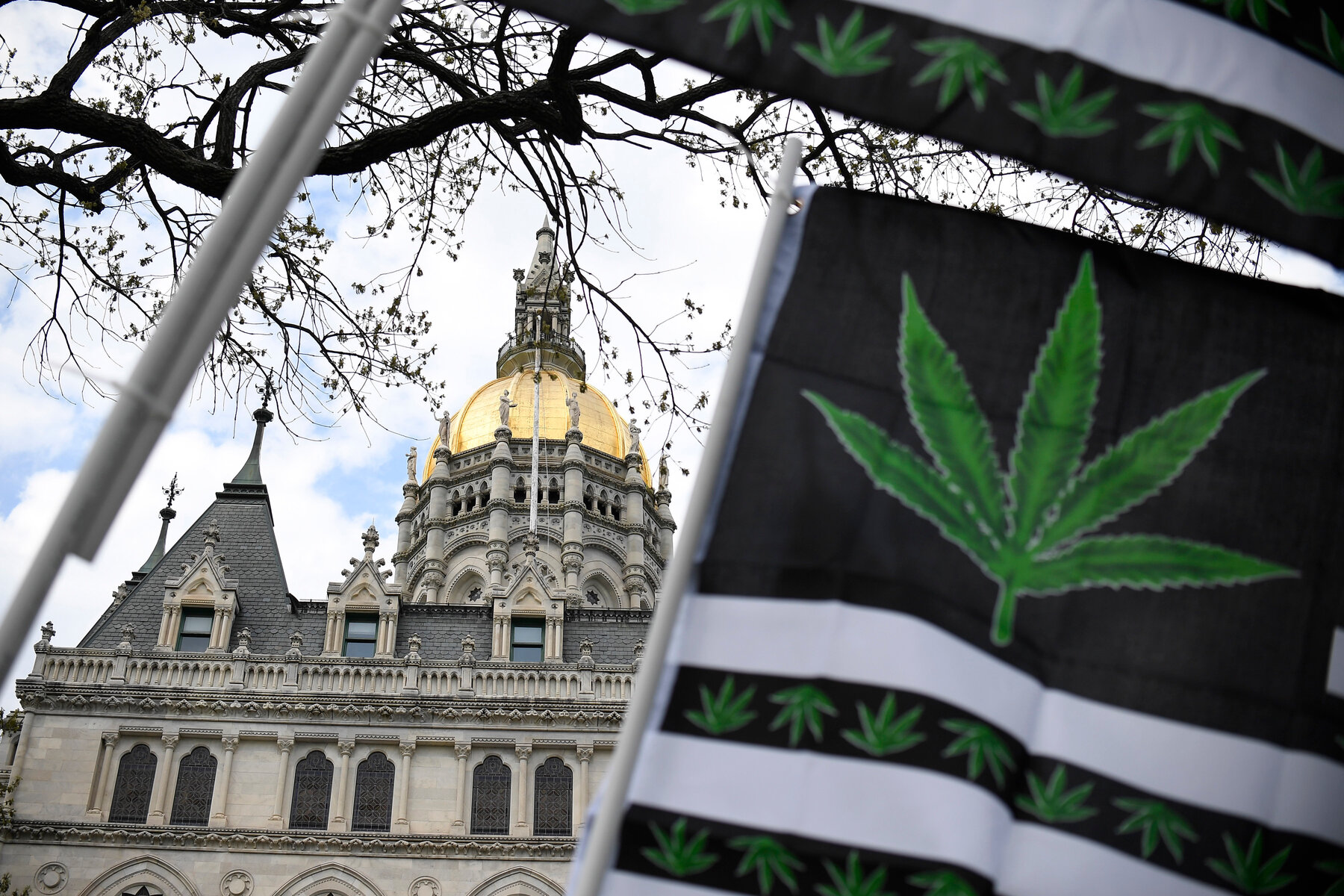 New laws legalizing marijuana for recreational or medical use take effect in three states on Thursday, significantly expanding the number of Americans who will have access to consumable cannabis products.

The new laws may give new momentum to the push to legalize marijuana across the country as supporters begin circulating new ballot petitions and legislators drop their historical reluctance to marijuana reform.

Residents in Virginia and Connecticut will be allowed to legally possess and use marijuana for recreational purposes after lawmakers in those states approved new measures earlier this year. In South Dakota, a voter-passed ballot measure legalizing medical marijuana takes effect.

The newly effective laws bring the number of states where recreational marijuana is legal to 18. Sixteen other states allow marijuana use for medical purposes, but not for recreational purposes.

“It speaks to the momentum that is taking place in the states, that is sweeping the country, that hopefully will be a sign that federal reform is not far away,” said Steven Hawkins, executive director of the Marijuana Policy Project, a pro-legalization group.

Regulators in both Virginia and Connecticut still have work to do before legal retail sales of marijuana products begin.

Lawmakers in Virginia plan to debate the outlines of the retail market when they return to session in Virginia, including provisions that would promote minority ownership of marijuana-related businesses. Gov. Ralph Northam (D) has said he plans to name the first executive and the first board members of the newly created Virginia Cannabis Control Authority in the coming days.

Legal sales are likely to begin by 2024, said Karen O’Keefe, director of state policies at the Marijuana Policy Project.

In Connecticut, the first retail dispensaries are expected to open in 2022. Until then, sales remain illegal, though possession of anything under 1.5 ounces in public — or 5 ounces in a protected container — is now legal.

Connecticut residents must wait another year before they are legally allowed to grow their own marijuana. Residents will be limited to six plants, including three that are mature and three that are immature.

South Dakota voters approved ballot initiatives to legalize both medical and recreational marijuana, but only the medical regime will take effect Thursday after a state judge struck down the recreational measure on constitutional grounds.

Residents of South Dakota will only be able to possess marijuana if they have a valid registration card. State regulators have until Nov. 18 to start issuing those cards. State-licensed dispensaries are expected to open by next year.

Law enforcement officials in several of the state’s largest counties said they would no longer arrest residents for possessing small amounts of marijuana, in the run-up to the medical measure’s effective date.

Backers are also eyeing North Carolina, where a state Senate committee voted for the first time to advance a measure legalizing medical marijuana.

In Florida, supporters were blocked from circulating petitions to qualify a measure for the 2022 ballot after the state Supreme Court ruled the ballot language was misleading, though those supporters are likely to try again.

“I would not be surprised that by the end of 2022 we could be seeing half of the states in the country having adopted cannabis for full use,” Hawkins told The Hill.

But opponents of legal marijuana expansion say supporters are reaching the limit of states where they can make progress, either through the ballot initiative process or through the legislature. Legal marijuana bills died this year in states like Delaware and Maryland, in spite of large Democratic majorities that run both legislatures.

“I think the marijuana industry is running out of states to pass legalization in,” said Kevin Sabet, author of “Smokescreen: What the Marijuana Industry Doesn’t Want You to Know” and head of Smart Approaches to Marijuana, a group that opposes legalization. “The easy wins for the pot industry are beginning to dry up.”

Sabet pointed to Colorado, the first state where recreational marijuana became legal. The legislature there set new limits last month on the sales of high-potency marijuana after concerns about negative impacts.

Action at the federal level remains unlikely, too, in spite of a U.S. House vote last year to decriminalize marijuana. House Judiciary Committee Chairman Jerry Nadler (D-N.Y.) has reintroduced a measure to remove marijuana from the list of federally controlled substances.

“This should be a clear call to Congress that the American people are ready for cannabis reform,” Hawkins said.

But President Biden has said he does not support legalizing marijuana, and some staffers who were hired by his White House have been axed after acknowledging they had used marijuana in the past.

“There is no real support for change at the federal level, no matter how hard the industry tries to spin things,” said Sabet, who held a position at the Office of National Drug Control Policy during Biden’s vice presidency. “We have a president firmly opposed to marijuana legalization.”